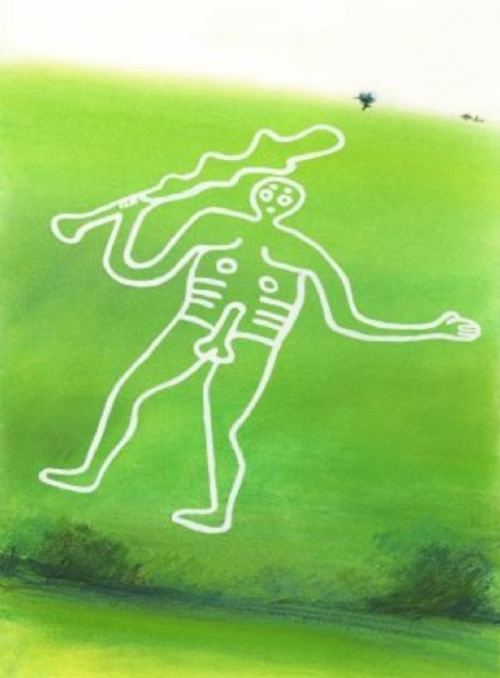 The Cerne Abbas Giant or the ‘Rude Man’is the largest hillfigure in Britain. The giant, carved in solid lines from the chalk bedrock measures 180 feet high. He is depicted naked with a huge erect phallus and carries a giant club, which measures 120 feet in length.

It was firstly recorded in 1751 by Dorset historian, John Hutchins. Numerous theories exist to the origin of the giant. One of the more popular is that he is the Greek god Hercules, who is often represented with a club and an animal fur. The traditional name for the giant was Helith and recent excavations revealed that the figure used to hold an animal skin in its right hand.

According to local folklore a real giant once terrorized the area. After eating a large number of sheep, the giant fell asleep on the hillside.

The giant’s sexuality and virility was put to use in fertility folk magic. Local women who wanted to conceive would spend a night alone on the hillside and would sleep on the erect phallus, and young couples would make love on the giant's phallus to ensure conception. 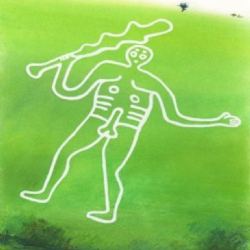